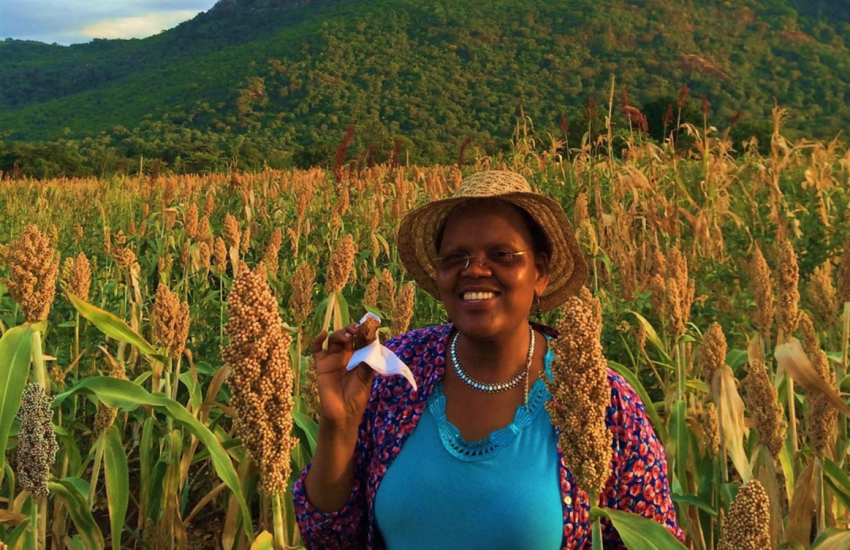 Shalem is on a mission to grow its business and increase the prosperity of smallholders. Working in partnership with, among others, the Common Fund for Commodities from 2017 to 2022 it transitioned from a grain aggregator to an added-value manufacturer, empowering it to deepen its support for farmers. We take a closer look at what’s driven the Shalem success story.

As a secondary school student Ruth Kinoti began her day by carrying a bag of cereals (maize, beans or sorghum) to the local market. Selling them was the only way to pay for her bus ticket to school far away from her home. Her education relied on the success of her parents’ smallholding, not just for the bus fare but for her school uniform and fees.

Like many girls her age, she was one bad harvest away from losing her education. That experience has left an imprint. It’s one of the reasons why she founded Shalem and is committed to using her business to reduce the insecurity and vulnerability smallholders still face today. What started as a grain aggregating company, buying sorghum from smallholders to supply to local schools, is now a large manufacturer and processor. In 2021 it supported more than 40,000 smallholder farmers, boosting their incomes by an average of USD 240 each year. Vital money that puts food on the table, funds schooling and has a positive ripple effect throughout the community.

Not only is Shalem delivering price stability for smallholders by linking them to larger, more consistent markets, it is also providing affordable nutritional food for some of the poorest people in the region. Ruth’s determination and entrepreneurial spirit have driven the growth of the business, with the backing of the Common Fund for Commodities (CFC) accelerating her ability to reach larger numbers of people. “The CFC transformed our business from an aggregator to a manufacturer. They trusted us when we didn’t have collateral to afford the financing for a factory. Without them it would have taken another ten to fifteen years to get to where we are today,” she says.

The relationship began in 2017 when the CFC and its co-financier, the Dutch Trust Fund, agreed a loan of USD 610,000 with Shalem. The funds were used to build a storage facility for farmers’ produce, so that it can be stored after a good harvest until demand and prices rise. The money has also given Shalem the means to build a processing factory, including food fortification with much needed minerals and vitamins, which opened in 2019, expanding its capacity to deliver the value-added products that now account for 70% of its revenue.

The factory has been truly transformational, extending Shalem’s reach across the Upper Eastern region of Kenya and enabling it to provide a year-round market for more smallholders, through products such as its Asili Plus flour. “Asili is a fortified flour for low-income consumers. The formula allows us to use a different mix of grains, depending on what’s available, without compromising on the quality which creates a stable demand for farmers and a nutritious product for consumers,” explains Ruth.

This combination of innovation, purpose and economic viability, was a compelling one says CFC project manager, Sonja Timmer: “There are four hugely impressive elements to Shalem. They cater to a low-income demographic, they have transitioned the business model from trading to processing and increased price stability, they’ve added value to their products through fortification and they’ve reached out to remote smallholders, particularly women, and boosted their incomes.” The success of this approach is clear in the figures for 2021, the first year when the benefits of the factory really started to be felt. As a result of their growth, Shalem has been able to repay the CFC’s investment and build the credibility they need to access funding from more risk averse local banks.

Beneath the headline figures – the thousands of smallholder suppliers, the rising premiums being paid for their crops and the growing numbers of low-income consumers accessing Shalem products – there are other positive stories unfolding too. For example, 74% of those who sold produce to Shalem were women, who often face the greatest barriers to accessing reliable markets. Shalem has also trained about 20,000 people in some of the areas where  climate resilient growing techniques are required. In short, historically underserved people are being given the tools to build reliable, sustainable businesses.

Of course there are challenges. The COVID-19 pandemic had a dramatic impact on several of Shalem’s key markets. As restrictions were introduced, bars and restaurants closed. In turn breweries reduced production and the demand for sorghum plummeted, leaving Shalem with hundreds of tons of the grain and no one to sell it to. The CFC stepped in with an additional loan, under its COVID-19 Emergency Liquidity Facility, to help Shalem weather the storm and enable it to continue paying its smallholders. This loan helped Shalem to retain its fundamental business strength and bounce back quickly.

The steep rise in commodity prices that followed the pandemic is also causing a challenge. Ruth points out the price of a bag of maize has almost doubled in the past year, which is not an increase she can pass on to consumers with limited purchasing power. Another concern  is the continuing impact of climate change which, says Ruth, “Effects our farmers and their ability to live productive lives in rural areas of East Africa.”

Still, she remains positive and has big plans: “After we have paid off our bank loan, we want to expand our storage capacity and double our production facility, so we can add even more value to our products. There is a good market for wheat products such as pastries and bread, and we want to move more into precooked foods. If we have good products that are well priced, we’ll find the market.”

Given Shalem’s success so far, her ambitions aren’t misplaced. But aiming high, doesn’t mean Shalem will lose sight of its origins and core purpose. “My background as a smallholder farmer and my experiences as a child will always influence how we do business,” she says. “A farmer can still bring a bag of maize on a motorbike, or five bags of sorghum on a donkey, to the factory and we will weigh it and pay.”

It’s this accessibility that makes Shalem a lifeline for many smallholders, boosting their prospects and those of their children. Which takes Ruth back to the girl selling a bag of grain to pay for her bus fare, “It is very exciting seeing the girls going to school now, knowing they are not going through what we did.”