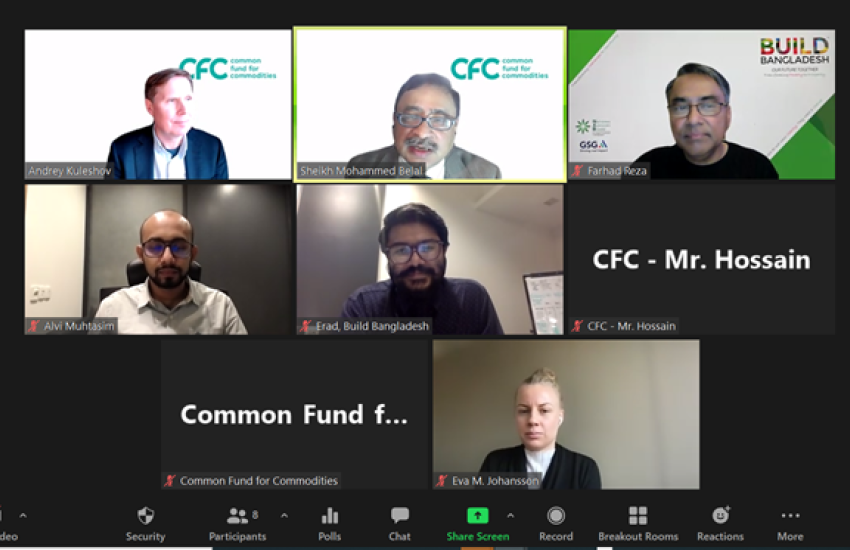 After exchange of usual greetings and pleasantries, Amb. Belal inaugurated the meeting and handed over to Mr. Reza for an introduction of Build Bangladesh, an impact investment platform being active in a wide range of areas, from technologies to infrastructure and housing. During the meeting, the delegation of Build Bangladesh elaborated on their innovative approach to impact investment by showing various aspects of their projects on the ground. The meeting further touched upon the similarities of Build Bangladesh and CFC in using impact fund modalities to alleviate poverty and resolved to work together for more grassroot innovations.

Ambassador Belal urged Mr. Reza and his team to disseminate CFC’s call for proposals so that more quality projects could be considered in the future. He sought their help to keep this “bottom up” approach functional with heightened exchanges among the potential applicants and CFC. Before conclusion, Amb. Belal thanked Mr. Reza for his lifelong devotion to making a difference with innovation and creativity. The meeting was concluded with the mutual resolve of remaining engaged and doing the necessary follow-up in the days to come.