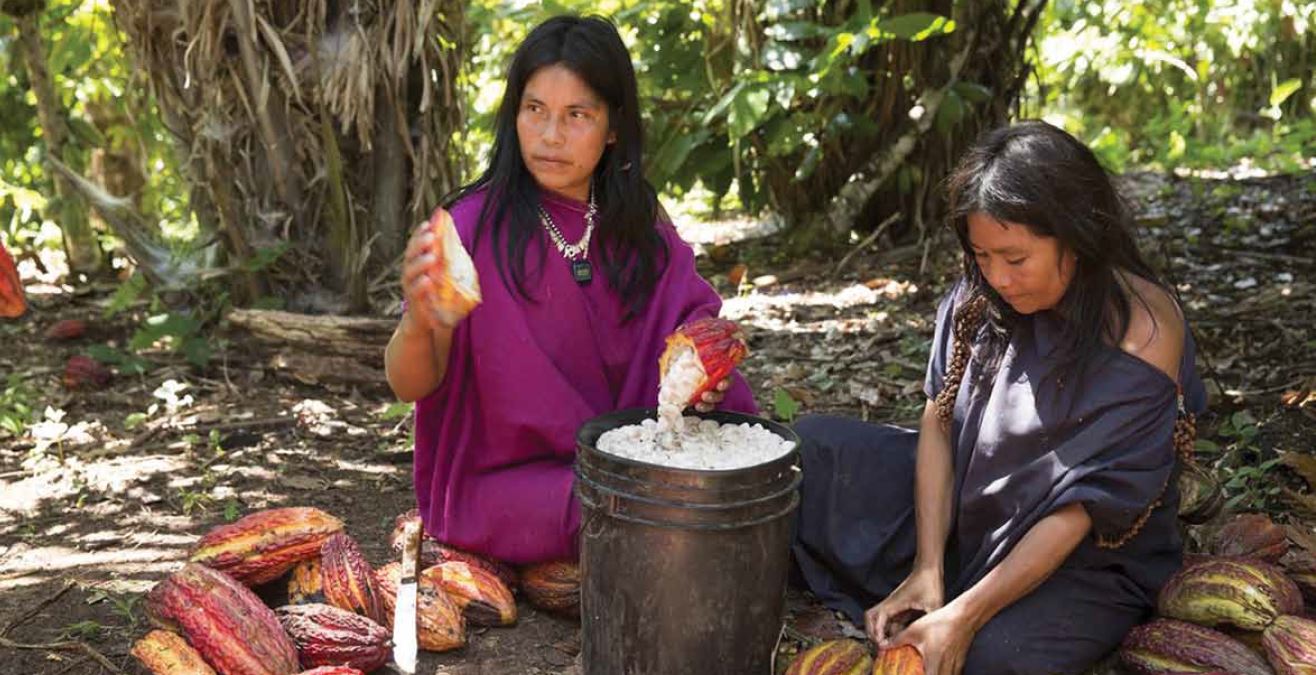 The way development projects in emerging market economies are financed is rapidly changing. In this context of change, a new platform for development cooperation has been developed: the Development Impact Bond, which incorporates the main principles of the Social Impact Bond. According to the mechanism of the Development Impact Bond, all partners agree on a common goal and a way to measure the project’s achievements by defining a set of project indicators. Usually, private investors invest in the project and they rely on service providers for project management. If the project is successful, confirmed by independently verified evidence, then the funding agency, usually a public sector agency, repays the investors.

The CFC in cooperation with the US-based Schmidt Family Foundation, and Rainforest Foundation UK has implemented a Development Impact Bond to finance a project dedicated to supporting indigenous communities in the Peruvian Amazon region to restore their growing plots and improve on their collection and postharvest techniques of coffee and cocoa.

CFC acted as the Commissioner or funding agency of the Development Impact Bond, and repaid the Investor, the Schmidt Family Foundation, upon achievement of contractually defined project indicators. The Service Provider is Rainforest Foundation UK.

The Asháninka people of the Ene River live in remote forest villages in one of the most biologically diverse areas on the planet – the Peruvian Amazon. They rely on the forest for food but are impoverished due to extremely limited infrastructure and poor quality health and education services. Moreover, the leaf rust disease has attacked nearly 70% of the coffee production areas in this region last year. The leaf rust disease has affected more than 50% of national production. Rain Forest Foundation UK provided some technical assistance to the farmers in order to control the disease and started building nurseries for planting resistant varieties of coffee.

At a time when Peruvian cocoa is being recognised globally as one of the finest available, these communities are still struggling to improve the quality of the cocoa to a high enough standard to benefit from this.

CFC’s support enabled the Asháninka people of the Ene River to improve the cocoa quality of, in particular, the cocoa that they produce, by providing better infrastructure for the post-harvest process. The project also helped restore approximately 20 hectares of coffee plots, used by around 40 producers, recently lost to the leaf rust disease.

The Development Impact Bond amounted to USD 110,000 and was payable upon achievement, even partial achievement, of four key performance indicators, contractually agreed by the parties.

The independent verifier, KIT, appraised on the field the results achieved by the project:

At the end of the baseline year 2013 Kemito Ene had 99 members and of these 45 managed to increase their sales between 2013 and 2015 by 20% or more. These 45 members that have reached the target, represent 45% of the total Kemito Ene associates in 2013. This implies that the achievement of this impact indicator falls between the 59% and 41% range, meaning that 75% of the target is achieved.

At the end of the project, 15 members of the 99 members included in the 2013 baseline did reach the target of a cocoa productivity of 600 kg/ha or more. This represents 15% of the baseline; the 99 members Kemito Ene had at the end of 2013. This means this target has not been achieved.

In 2015 Kemito Ene has sold in total 47,428 kg of cocoa to different buyers. The indicator has acceded the target of 35 MT, implying a full achievement of this indicator.