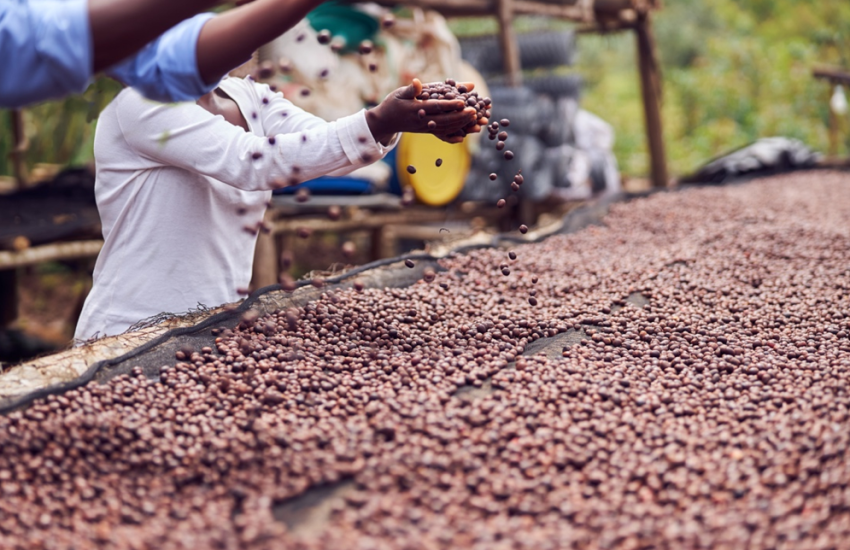 Agriculture in Africa has the power to drive economic opportunity and positive social change, but much of its potential remains untapped. For example, more than 60% of the population of sub-Saharan Africa consists of smallholder farmers, yet only 23% of sub-Saharan Africa’s GDP comes from the sector.

In addition to this productivity challenge, commodities represent more than 60% of total merchandise exports in 45 of the 54 countries in Africa, with 45% of the world’s commodity-dependent countries located on the continent. This makes them particularly vulnerable to global commodity price shocks and extreme weather events, as well as undermining the continent’s growth and development prospects.

Unlocking Africa’s full agricultural potential will build resilience to these challenges and deliver greater local prosperity. According to analysis by McKsiney, if agricultural development was intensified smallholders across Africa could produce two to three times more cereals and grains. In turn this would add 20% more cereals and grains to the current worldwide annual output of 2.6 billion tonnes.

At the CFC we want to turn this potential into reality. Since 2012 we’ve invested USD 30.2 million in agribusinesses operating in Africa, including USD 3.37 million this year. We have also diversified the range of commodities we invest in, expanding to cocoa, coffee, maize, fruits, vanilla, spices, and more.

We’re also committed to investing in agricultural development that creates economic opportunity and the positive social change that reinforces it. Here are some of the ways we’re doing that in Africa.

Empowering women in agriculture in Kenya

If women farmers in developing countries had the same access to resources as men, they could  increase their yields by 20-30% according to the FAO. That is an opportunity we’re attempting to unlock in Africa. We recently invested USD 0.6 million in Kenyan macadamia nuts processor and exporter, Exotic EPZ. Led by three women, it has put supporting women smallholders at the heart of its business. The company provides access to health insurance, mobile payment capabilities and tools that monitor crop yields. They also train women farmers in the latest growing techniques and how to run a business more effectively.

In 2017 we also provided finance to help Kenyan grain business Shalem transition from a grain aggregator to an added-value manufacturer. This has enabled the female-led agribusiness to enter more profitable markets and provide a stable and growing income to smallholders and their families. The collaboration ended successfully earlier this year with the company now able to access local finance which had previously been unattainable.

An over reliance on imported food is an issue many African countries struggle with, leaving them vulnerable to price shocks and shortages. That’s one reason Senegal is working to become self-sufficient in its staple food, rice. To help achieve this objective we’ve invested in rice processor Coumba Nor Thiam (CNT). By providing inputs and irrigation systems to smallholders in the Senegal River Valley, CNT is boosting their productivity, enhancing their incomes and, as a consequence, reducing the country’s reliance on rice imports.

Scaling up coffee production in Rwanda

To positively impact as many people as possible businesses need investment. This is why we seek to provide viable organisations with the means to grow. For example, we invested USD 1.5 million in premium coffee producer, processer and exporter, COOPAC, to enable it to broaden its operations. The loan is being used to construct five washing stations, where coffee beans are processed, in the neighbouring Democratic Republic of Congo (DRC), and source more coffee from Rwanda and the DRC. By 2024 it is expected to be working with 17,000 farmers, a rise from 6,400 in 2019. This expectation is based on the belief that the business wont be exposed to any new forces of geopolitics and/or situations like that of the pandemic.

This is a small snapshot of how we are supporting agriculture in Africa. Looking ahead an estimated USD 600 billion is needed to transform food systems in the continent by 2030. This will take a coordinated approach from both the public and private sectors, including more funding for organisations like the CFC. This new funding will empower smallholders and SMEs to unleash the benefits of impact investing at a local level.