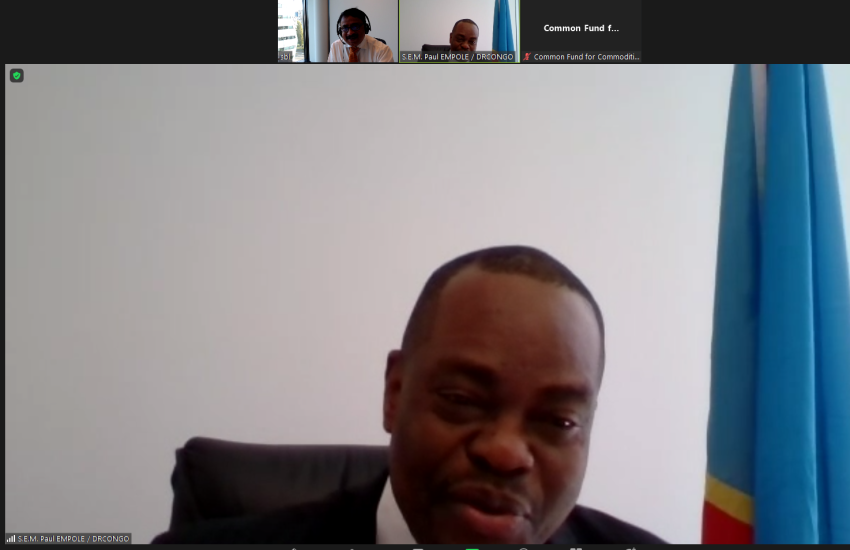 H.E. Mr. Paul Losoko Efambe Empole, Ambassador/Permanent Representative of the Democratic Republic of the Congo to the United Nations and other international organizations in Geneva, visited CFC virtually to have an introductory meeting and to know more about the activities of the CFC and its impact on the ground.

Following the exchange of usual greetings and pleasantries, Ambassador Belal briefly informed H.E. Mr. Paul Losoko Efambe Empole of the current and probable future initiatives of the CFC. Ambassador Belal requested Ambassador Empole to help the CFC with success stories and thereby assist the CFC to improve the format and character of CFC projects. Amb. Belal also requested Amb. Empole to introduce the CFC to potential stakeholders so that the CFC could scale up its work globally. Ambassador Belal wished to see more working relations and partnerships with the Democratic Republic of Congo in the days to come.

Ambassador Empole highlighted the status of DRC as a commodity powerhouse and would like to know how CFC could help their smallholders and SMEs to get more support. In response, CFC MD assured to consider investment proposals from DRC if they are as impactful as the one that is being under implementation in the DRC now.  Amb. Empole assured to encourage businesses in the DRC to come forward with quality projects.

The meeting further touched upon the creation of the CIIF (Commodities Impact Investment Facility) which has been approved by the CFC Governing Council in December 2021 and is expected to enable the CFC to contribute more to poverty alleviation. The CFC would welcome recommendations to the relevant impact investors, when the CIIF has been established.

The meeting was concluded with the mutual resolve of remaining engaged and doing the necessary follow-up in the days to come.