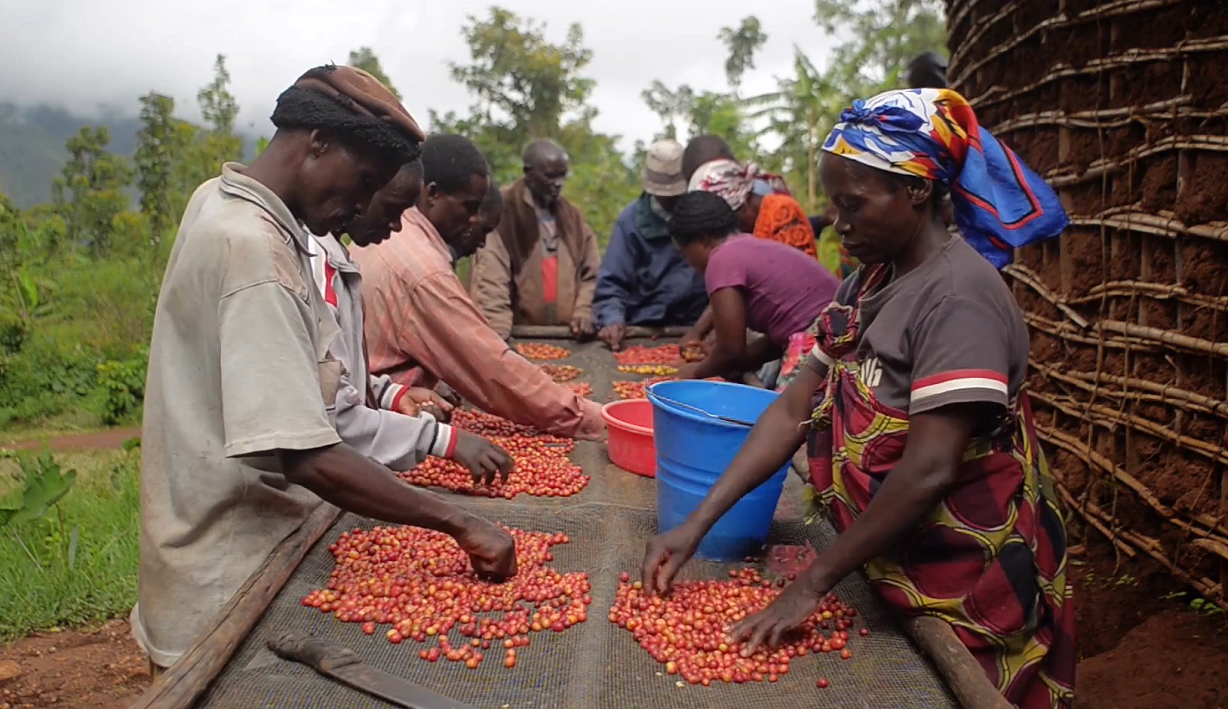 This project seeks to improve sustainable livelihoods of coffee producers affected and/or displaced by war in three Eastern provinces of DRC (Orientale, North Kivu, and South Kivu). The project is to serve as a model for resettlement of persons displaced by war through providing a sustainable income base.

The activities of the project include: (i) Establishment of commercial coffee nurseries under private management, (ii) Farmer Field Schools facilitated by lead farmers that run through the annual coffee cycle of garden maintenance, cherry picking, post-harvest handling, washing, dry milling, marketing and export, (iii) Creation of micro washing station groups and establishment of micro washing stations (MWS) with 50 to 100 members, and (iv) Establishing commercial relationships between the cooperatives and international buyers, toasters and support agencies.

Improved planting material (high yield and disease resistant) was produced and disseminated through a network of local nurseries. Coffee extension services are provided (Office National du Café (ONC)) and Farmer Field Schools organized to support local coffee farmers in the adoption of good agricultural practice to increase productivity. The sustainability of the project is promoted by enhancing of the coffee sector in the DRC through a multi-stakeholder consultative process. Some details of the project can be seen on https://www.veco-ngo.org/en/project/coffee-kivu-and-ituri-congo.

A mid-term evaluation took place in 2016. Of the target outreach of 4,300 farmers, 3,530 were reached and empowered by offering them extension services and wet processing facilities under their own management. Decentralised small-scale coffee washing and grading is a new introduction in the area. Already 55 small washing stations are now operational in the area. Rejuvenation of coffee is promoted by production and sale of seedlings of disease-resistant coffee varieties. Farm coffee production increased, even at older trees. Higher prices contributed to doubling the income of the farmers: whereas they received 16 dollar cents per kg of home-dried coffee, farm-gate price of the project farmers reached around 30 cents on average. The cooperatives report that farmers’ average income doubled in two years’ time to reach 600 dollar. The remaining challenges of international marketing and working capital credit will be addressed in 2017, the final project year.