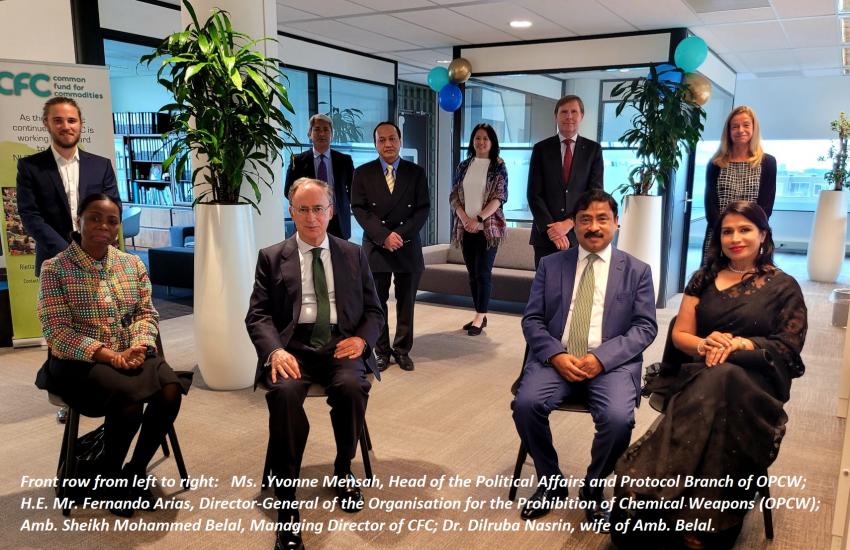 On the occasion of the organisation’s 32nd Anniversary, a new website for the Common Fund for Commodities (CFC) has been launched. The new website layout allows for easier access to information and contains more details on the various aspects of the organization. For the first time, it also includes information on the Technical Assistance Facility provided by CFC in a managerial function to other investment funds.

The CFC was established under an UNCTAD process in 1989 as an international financial organisation to support developing countries which rely on primary commodities to participate in the global economy. Commodity Dependent Developing Countries (CDDCs) face an unique challenge in converting their natural resource endowment into sustained development gains. Commodities are the living heart of their development.

Over its 32 years of existence, the CFC has provided financing for around 440 projects in the total value of USD 798 million in more than 90 countries. The CFC currently operates as an impact investment fund, blending its own financial resources with those of public and private partners to support commodity sector development projects.

Due to the current applicable COVID-19 measures, the launching ceremony had to take place by teleconference with Mr. Andrey Kuleshov, Strategy and Development Advisor of CFC, acting as master of ceremony.

Guest of honour was H.E. Mr. Fernando Arias, Director-General of the Organisation for the Prohibition of Chemical Weapons (OPCW) who officially opened the new website. Mr. Arias was accompanied by Ms. Yvonne Mensah, Head of the Political Affairs and Protocol Branch of OPCW.

During the event, Ambassador Belal briefed H.E. Mr. Arias on the current as well as probable future initiatives of the CFC. Ambassador Belal further mentioned the ongoing initiative on the formulation of a fund titled CIIF (Commodity Impact Investment Facility) and thereby enabling CFC to contribute more for alleviation of poverty.

Ambassador Arias wished CFC all the success for its efforts to alleviate more people from poverty and agreed that peace could only follow alleviation of poverty. Ambassador Belal stated that poverty alleviation is a multistakeholder mission and as such, urged all to extend their support to alleviate as many people as possible from poverty. Dr. Dilruba Nasrin, wife of Ambassador Sheikh Mohammed Belal also participated in the ceremony.